JUnit 5 is a totally new framework, its first release candidate has been issued less than one year ago. JUnit name demands a lot, as it is the most popular solution for writing tests in Java-world, fresh version of which has been wanted for more than 3 years. What did we get? Totally new coding base, architecture and API in the combination with the simple and impressive previous version.

Migration process from the version 4 is easy — you can limit it by simple annotations replacement. But here at PropellerAds, while migrating to the JUnit 5, we first tried to answer the question — how to use new API to make our testing better?

To make the long story short:

This talk is 100% for you! Using real-life examples, we'll show you how we didn`t just replace the annotations but got rid of the first "A" in the "AAA" abbreviation. 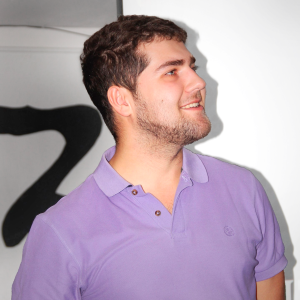 Works in IT for about 10 years so far. Started in analytics, switched then to running projects as a project manager, but the craving for beauty won and several years ago Dmitry concentrated all his attention and efforts on developing and automation testing on Java. Most part of his career was devoted to the EDI systems, but the hunger to gain unique experience moved him to work for post-startup PropellerAds, where a lot of processes, including QA, needed to be built from the zero level.

Dmitry truly believes that simple tests could be written for complex systems, and doesn’t really think that testing automation is less exciting than development.